When you need to know about EyeTech Digital System's newest device, the EyeOn LifeLine, you need a knowledgeable team you can trust. Our Regional Consultants bring decades of experience in the AAC and medical device markets and can help you make the right decisions when considering an eye-gaze system.

We invite you to meet the team!

Once I discovered the field of AAC many years ago, I knew it was what I wanted to do. Being a conduit of technology that gives people the means to communicate, and to live more independent lives, is a rare opportunity and truly gives meaning to my work. EyeTech is a forward-thinking company that cares deeply about improving the lives of users, and employees alike. It's refreshing to be part of a great company with such a huge collective heart.

Austin has been part of the AAC

community since he was an undergraduate at Claremont McKenna College in California. His interest in the field was sparked when his father was diagnosed with Amyotrophic Lateral Sclerosis (Lou Gehrigs Disease) in 2005. ALS attacks all voluntary muscles including the ones that control vocalization. That diagnosis prompted Austin to change his major from biology to neuroscience pre-med. He soon realized that the greatest impact he could have on the speech and medical community was educating about the advantages of augmentative alternative communication (AAC) devices for those without a voice. After graduation, he became more actively involved in the AAC community, lecturing and eventually receiving a doctorate in chiropractic from Southern California University of Health Sciences, while continuing to work with the speech and medical community.

Juliet, who has degrees in speech pathology and audiology and gerontology, has spent the past five years working as an AAC sales consultant. She also has five years of healthcare data analytics experience.

Kristine has been in the assistive technology/assistive technology and augmentative and alternative communication industry for over 20 years. During that time, she owned a wheelchair company specializing in complex wheelchair rehab. Kristine has covered almost every state west of the Mississippi at one time or another and is active in the ALS community as well as with the veteran community.

Sherri has been a sales professional for over 19 years. She started her career in pharmaceutical sales then transitioned into medical device sales before finding her niche in technology. She has been selling various types of software and hardware for over 10 years. In addition to her professional achievements, Sherri is active in her community, supporting local food pantry efforts and she has volunteered to support local/national organizations such as National Association for Professional Woman, Junior League of Los Angeles, Habitat for Humanity and Kiwanis.

Tyler has 15 years of experience in the field of assistive technology and augmentative and alternative communication. For the past seven years he has been helping to run a private practice speech therapy company specializing in AT & AAC. During his more than 10 years of sales experience, Tyler has spent six of those specifically in the AAC field. Tyler has worked directly with children, adolescents and adults with disabilities in the area of AAC/AT. He has worked closely with several organizations in both the healthcare and education industries implementing communication disorder programs and support networks. As an assistive technology user himself (hearing aids) Tyler can uniquely relate to his end users!

Wayne Jones is from Saint Clair Shores, Michigan, and has been working in the AAC industry for 25 years. Starting as an independent distributor in his family owned business Communication Enterprises in 1995 and then representing other AAC companies for the past 20 years. He has great passion and experience in helping those with communication needs find access to a voice. Wayne is also a Navy veteran serving 12 years during Desert Shield and Desert Storm. 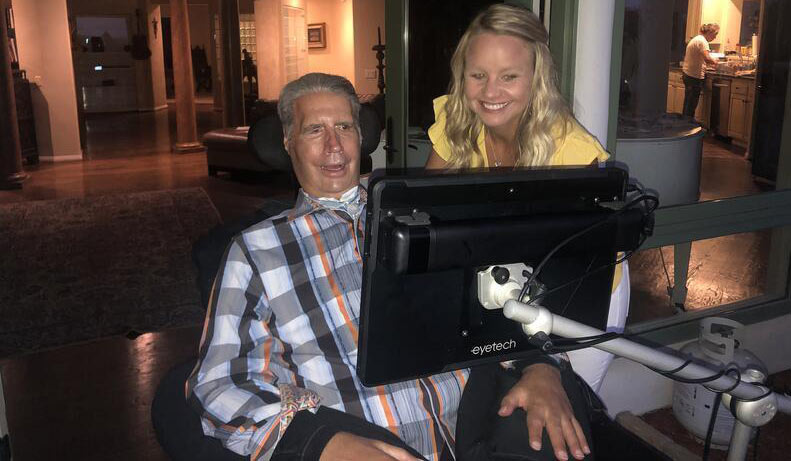