EyeTech and Precision Eye-Tracking: How it Started and How it’s Going in Healthcare 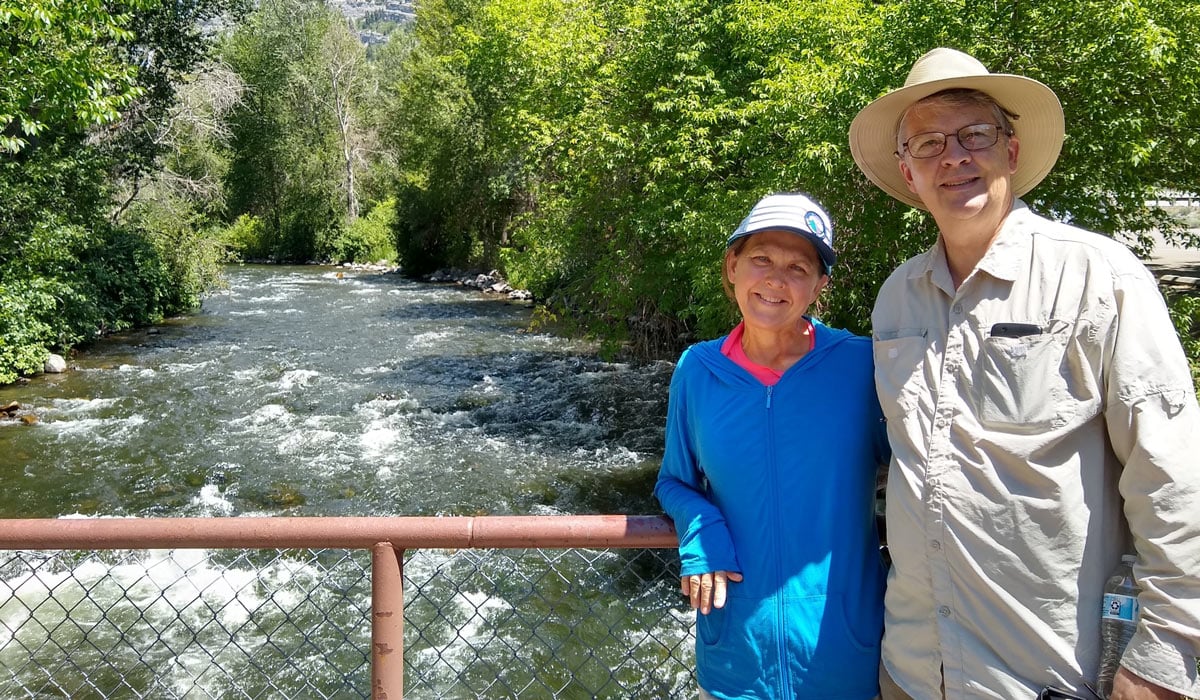 Robert Chappell, Founder and Chief Science Officer of EyeTech Digital Systems, was recently profiled by Authority Magazine for their The Future Is Now series highlighting cutting-edge technological breakthroughs. In the interview, Chappell reveals what prompted him to launch EyeTech, how he sees precision eye-tracking advancing innovation in digital health, and what he has learned about tech entrepreneurship during his journey from a garage office to the corporate board.

Working as an engineer writing software and signal processing code for a pipeline company, Chappell developed a repetitive strain injury in his hands and arms that led him to look for alternative ways to use the computer so he could code. As he began to learn about assistive technology, which is used to support the functional capabilities of persons with disabilities, Chappell had his “ah-ha” moment. He set out to build a solution to help not only himself but others who couldn’t use their arms as well. Thus, EyeTech was born. Over the twenty years since, Chappell has both driven and witnessed immense growth in the field of eye-tracking, which continues its rapid evolution as AI advancements take root.

Authority Magazine: Can you tell us about the cutting edge technological breakthroughs that you are working on?

Robert Chappell: I see eye tracking technology becoming quite ubiquitous. Currently, we help the most severely handicapped, but we see it helping an even broader audience in the near future. Healthcare applications are especially important.

“More than 50% of the brain is involved with visual processing. Things like brain injury, disease, and cognitive impairment almost always show up in eye movements.”

Precision eye-tracking technology offers a simple, non-invasive procedure that can be used to diagnose those patient conditions earlier by measuring how fast the eyes move, track, and focus, as well as what draw’s the patient’s attention. This can be immensely valuable as a quantifiable, numerical, secondary confirmation of diagnoses.

Touch-free interfaces represent another emerging use case. The ability to use your eyes to access and control fixtures and devices rather than having to touch them is especially important as we attempt to mitigate the spread of the coronavirus during the current pandemic. Visual control of information kiosks with hand sanitizer beside doors, for example, can go a long way to address sanitation concerns by reducing physical contact.

Eye tracking technology can also offer doctors and caregivers a hands-free interface during surgery or when engaging with high-risk patients. The technology can be deployed in clinical settings, as well as the patient’s home. We’re only beginning to scratch the surface on fundamental use cases of the technology.

AM: How do you think this might change the world?

RC: Although the basic concept originated hundreds of years ago, in many respects eye tracking is on the leading edge of technology, particularly as it spills out of traditional niche areas into more mainstream applications. Devices have improved tremendously over time, growing from analog cameras and frame grabbers on desktop PCs to digital channels with USB connections or embedded directly into devices. We have a Nexus of technologies — sensors, processors, AI, optics — all coming together now. Last year, EyeTech made the jump from USB-based eye-tracking to tablet devices with eye-tracking built-in. Multi megapixel sensors, optics, and hardware elements are all much more affordable today, resulting in devices that are better and less expensive, which makes them more accessible to the general public.

“The Improved accessibility of augmentative and alternative communication, or AAC, devices is bringing greater equity to healthcare and the world at large. At EyeTech, we are trying to normalize AAC technology. By doing so, we’re leveling the playing field for the disabled, offering them new avenues to fit into and engage with society.”

AM: What do you need to lead this technology to widespread adoption?

RC: We really need increased awareness of the technology. Eye tracking is still a minority tech; the average person has never heard of or tried it. I see a space where it can be common. A big part of growing that awareness is through the software that makes use of it. In the AAC world, that has proven to be the case. As companies come out with better and better software, we’ll see amplified use. The core functionality is good enough today to facilitate medical testing, but there needs to be additional time put into the software AI algorithms that can detect and identify underlying disease.

AM: How have you used your success to bring goodness to the world?

RC: What has indicated to me that we’ve brought goodness to the world is the thank you notes we’ve received. One ALS patient sent an email to the effect of, “Thank you for the device, it has made life worth living.” We’ve received variations of that note from many people over the years and it always serves as a stark reminder of the sense of equity EyeTech brings to people. I received a phone call just a couple of months ago from a user who wanted to thank me personally. I wish I could adequately quantify how much that means to me. It reminds me that we are doing important work.

“The world is a better place when everyone can participate.”

AM: What are your “5 Things I Wish Someone Told Me Before I Started” and why?

1 - “Begin with the end in mind” is not always true. It is almost impossible to see the end from the beginning. You really just need to be able to see from one ridge to the next.

2 - It will always be harder than you think it will be. It always takes longer than expected. That said, it is worth it in the end. Do the work.

3 - Bring in people who can do the stuff you can’t do when starting a business. I’m a tech builder and inventor so I needed help in other areas.

4 - Find the right balance between mentoring and autonomy with new employees, especially younger ones. There comes a point when you need to step back and let them go on their own, and let the company go on its own to some degree. Within the past years, I transitioned to Chief Science Officer instead of CEO because we have a strong team now.

“If you can find people in this world who are desperate for something and you can help them get that thing or service, that’s worth doing. It’s great to have a technology company, but if you can answer a desperate need, you can make a big impact.”

AM: If you had 60 seconds to make a pitch to a VC, what would you say?

Eye tracking is in the very early stages of adoption. It is the next great human-machine interface. There is still a lot of room for improvement in the technology and applications, making it a good time to invest. Eye-tracking also provides an amazingly comprehensive view into the brain. Simple, non-intrusive, eye-tracking tests will be the norm in many medical practices in the not-too-distant future. 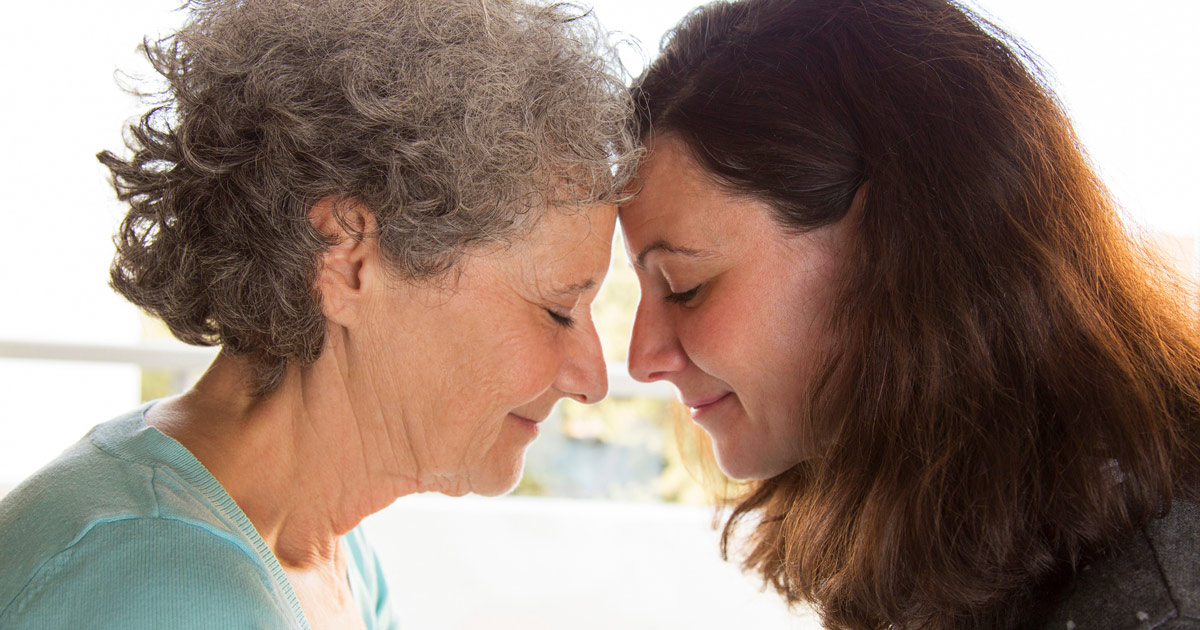 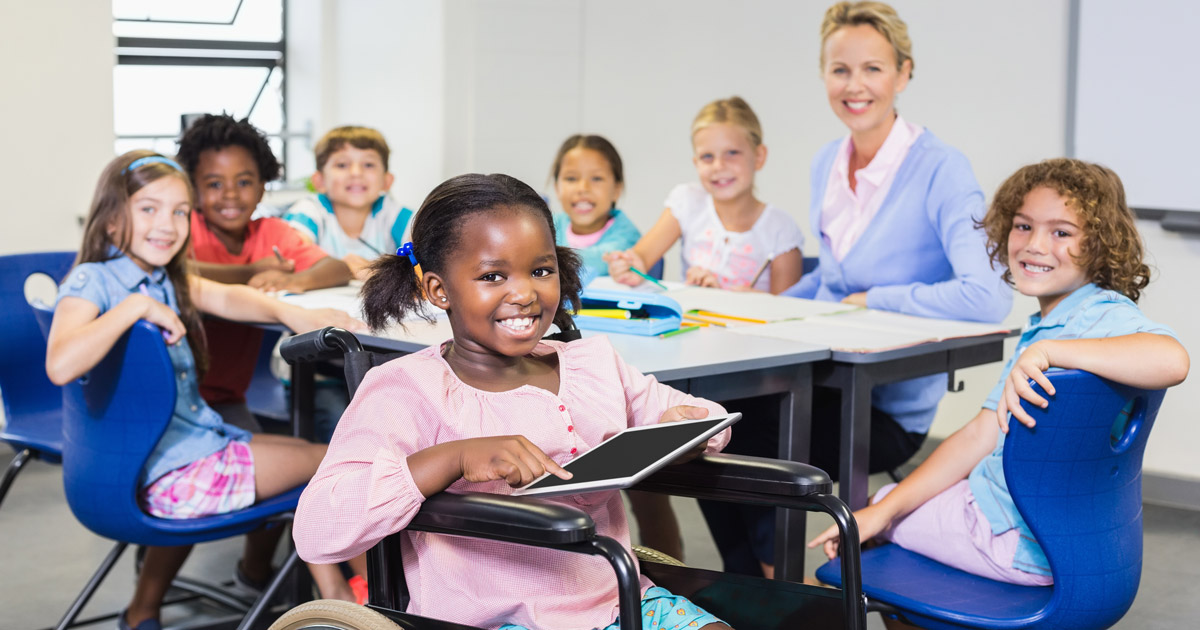 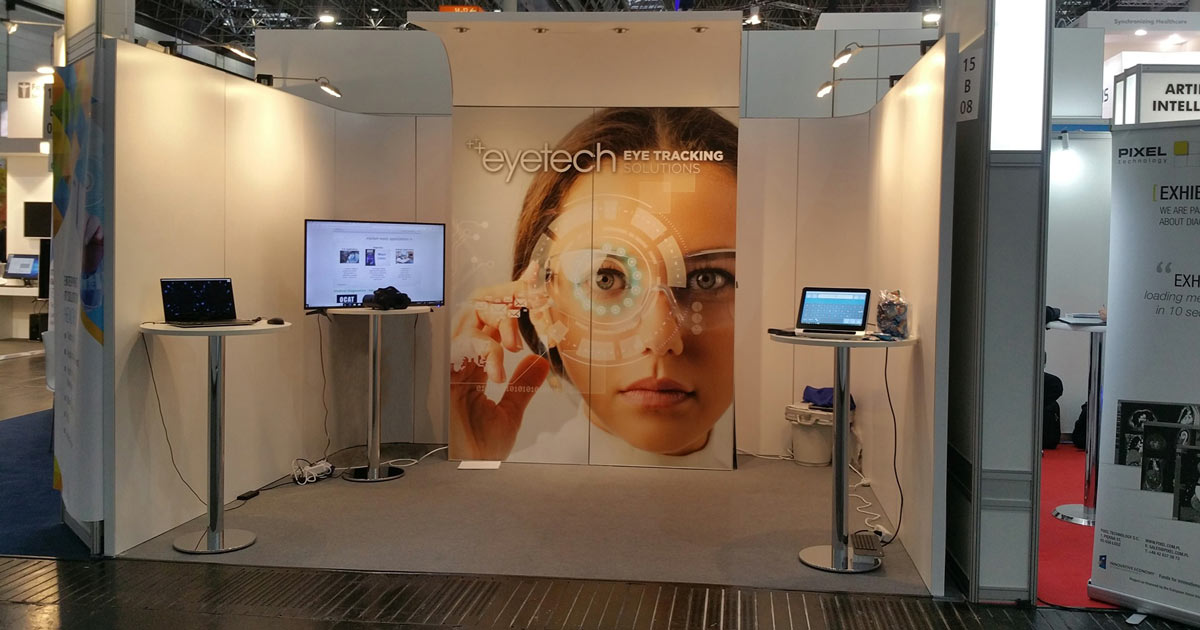